As a photographer, I have always appreciated good light.  But exposure to a copious amount of light is also soothing to the soul.  When we are outdoors, communing with our natural surroundings, I am not certain that out of all the ways our senses are being stimulated, that we fully understand how important exposure to sunlight is to our joyful mood.  I have been more keenly made aware of this effect after the addition of a sunroom to our homestead.  Our new glass-walled room overlooks a treed lot, a northern sky, and the adjacent deck is populated with four bird feeders and potted plants.  Spending time daily in this sunlit room allows for me to more acutely observe the dancing nuances of nature's subtle light progressions, the wildlife activity, and seems to elevate my spirit.  When the days eventually grow shorter as we approach late fall, it will be revealing to see if maximizing sunroom attendance will compensate for the somewhat depressing effect this foreshortening has on one's overall disposition.

The sunroom motif is Coastal Cottage, to which much folk art has been added.  Our home is located not too far from where the Susquehanna River empties into the Chesapeake Bay.  At that point lies the town of Havre de Grace, the self-proclaimed Decoy Capital of the World and where a museum was founded in 1986 for exhibiting the works of the region's master decoy carvers and to tell the history of water fowling.  One of the founding fathers of that museum was Jim Pierce, himself a master decoy carver who studied and apprenticed under the renowned R. Madison Mitchell.  Another celebrated carver from the bay region was Charlie Bryan, from Wilson Point on the Middle River, whose likeness is portrayed through a wax figure at the museum.  Charlie was a protege under Charles "Speed" Joiner, who lived across the bay in Betterton.  Mr. Bryan was a close friend of George Schaub, my father-in-law, who was a master decoy maker in his own right.  Samples of Jim, Charlie, and George's folk art can be found throughout the shelves and tables of the Orr sunroom.  All the pieces are made to be used as working decoys for hunting ducks and geese, but have so much appeal as works of art that they now have become sought after collector items.

Chain saw produced art pieces have recently become popular and prevalent around homes.  The artist, Todd Lynd of South Carolina, focuses on marine mammals and fish.  A three dimensional relief of a mother Humpback Whale and her calf rise gracefully in unison toward the ocean's surface on our tongue and groove pine wall.  Canadian cement sculptor, Gordon Hare, has created detailed reliefs of mammals including one of a Humpback Whale also adorning our sunroom wall.

Through my walls of screen and glass, I watch the day unfold as the cumulus clouds glide, the Ruby Throated Hummingbirds hover, and the vultures soar.  I observe the Nuthatch feeding, listen as the Cardinal chirps, and feel the cool northerly breeze.  The natural light in August bathes the room.  Surrounded by and inspired by oceanic and bay wildlife artwork, my spirit is lifted as I tune out the man-made distractions of the year 2017 and commune as one with my natural environment. 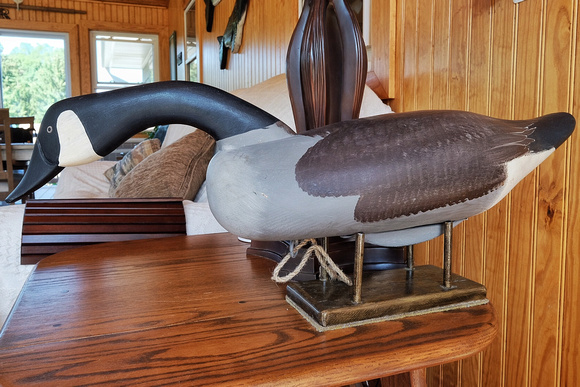 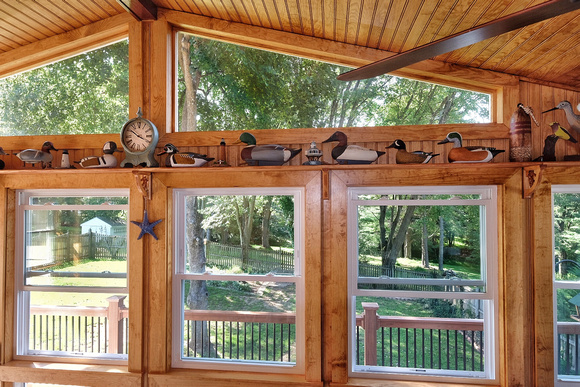 Mallard Decoy (center) body by Charlie Bryan, paint by G. Schaub.  All other decoys and birds by George Schaub. 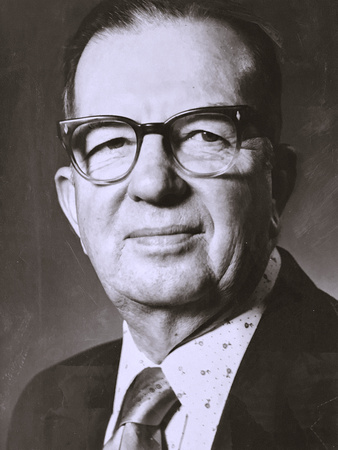 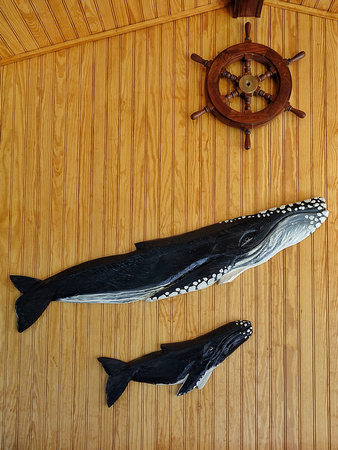 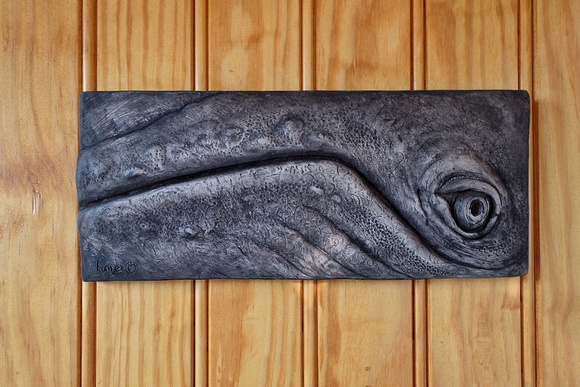 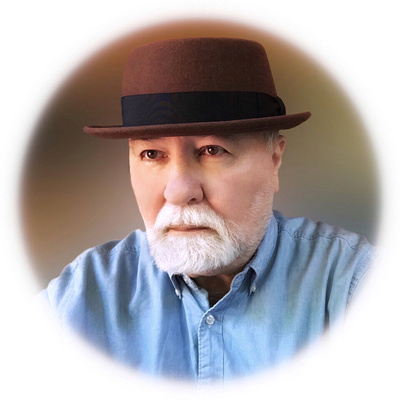